While I was trying to assess HTTP latency around the world for a small project I’ve yet to talk about, I grew frustrated by the limits of the online tool I was using:

That was enough to prompt me to start rebuilding the tool my way. As luck would have it, I was at the same time playing with Cloudflare Workers, which I only had been watching from afar until then. This little project would be a good way to explore Workers further.

A few hours, a bit of JS, and a drop of Bootstrap later, here’s TTFB Tester, free for all to use 🎉 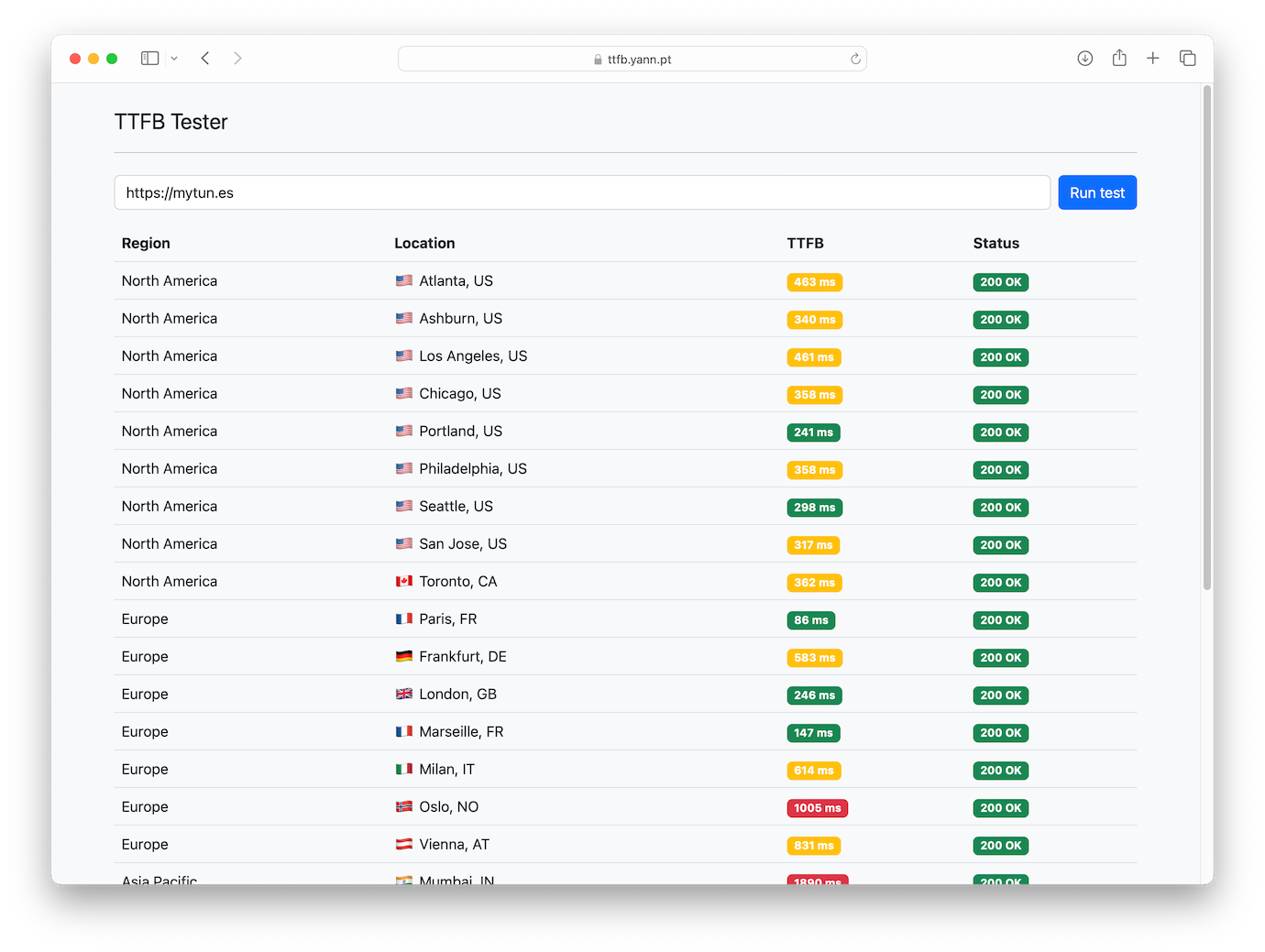 Of course, when the CDN’s cache isn’t warm, it’s not particularly pretty. Another example: 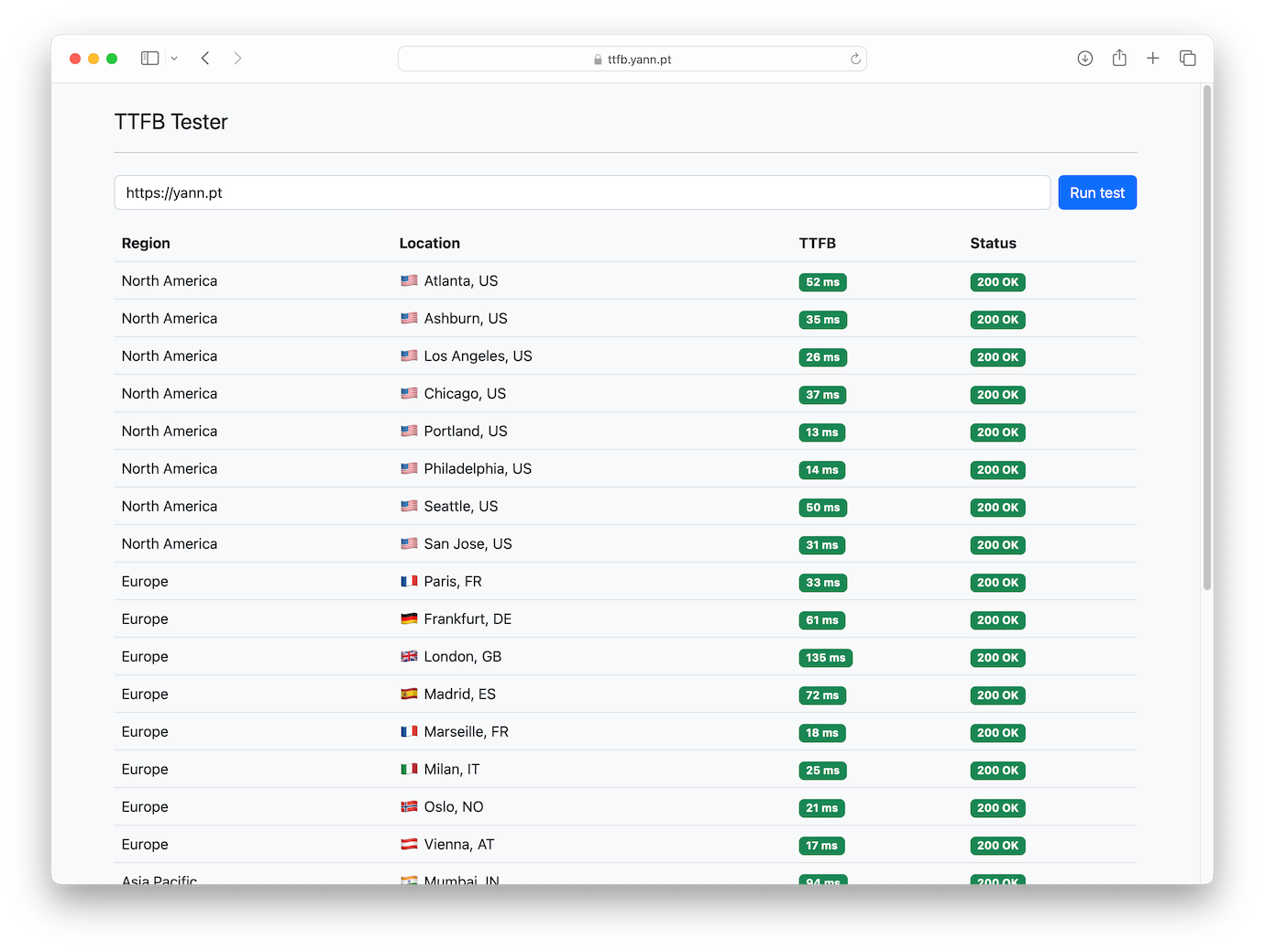 Tech-wise, until I expand on the architecture, here are a few remedies to the problems I had with the other tool:

If a picture is worth a thousand words, a trial is probably ten times more… Why don’t you take the tester for a spin yourself? Or use it for real needs, for that matter: that’s why it’s here for!